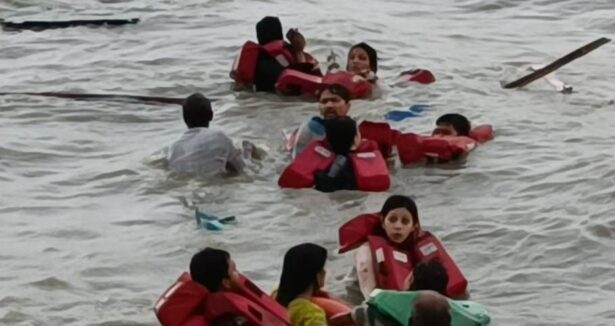 Bhubaneswar, : A boat carrying as many as 11 tourists capsized in Chilika Lake due to thunderstorm on Thursday. One person has reportedly gone missing.

The boat is said to have lost its balance near Chadheiguha hill due to gale and severe rain caused by norwester.

According to reports, the ill-fated boat met with the mishap when it was returning from Kalijai.

A police team, which was in the vicinity, saw the boat sinking and rescued the passengers.