Over 100 kilograms of ganja seized in Koraput, four arrested 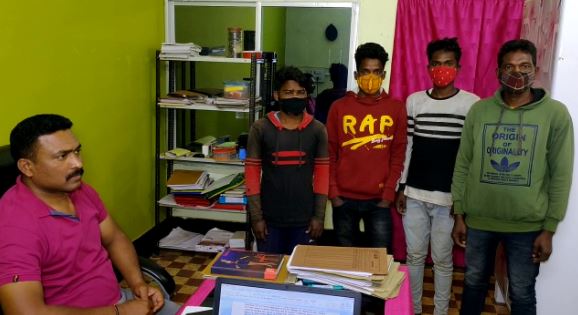 Koraput, : Police have seized a huge cache of ganja in Lamtaput tehsil of Koraput district and arrested four persons in this connection.

The identities of the accused have not been disclosed by the police.

Acting on a tip-off regarding the smuggling of ganja, a joint team of Machkund and Lamtaput police intercepted a car near Deulapada village and conducted a thorough search in which three sacks of ganja were recovered.

Following this, the police arrested four persons, who were present in the car, for smuggling the banned substance.

Later, another car was also intercepted at the spot and one more sack of ganja was recovered from it. However, two other persons present in the car managed to escape from the clutches of the police.

In total, the police have seized ganja weighing around 100 kilograms, the estimated worth of which is over Rs 10 lakh.

The accused were smuggling the ganja from Mahada village in Koraput to Chhattisgarh.

Further investigation is underway to unearth other details, said a police official.