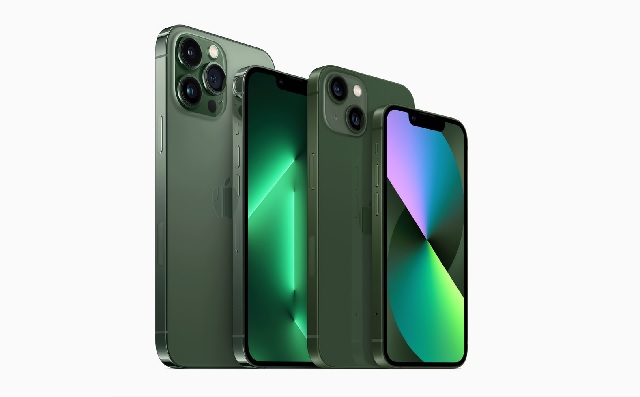 New Delhi: Apple is rolling out its iOS 15.4 update next week with new iPhone 13 and iPhone 13 Pro with sleek green finishes, that comes with new features like a face mask-friendly Face ID, Tap to Pay, and more.

iPhone 13 Pro in alpine green and iPhone 13 in green ship with iOS 15.4, which offers the ability to use Face ID while wearing a mask, a new Siri voice option, expanded language support for Visual Lookup, new emoji, and much more, Apple announced late on Tuesday.

Apple’s new Tap to Pay feature is also rolling out with iOS 15.4, turning compatible iPhones into terminals for contactless payments.

iOS 15.4 introduces a new safety feature for AirTags — a notification that warns users against using AirTags to track someone’s location without their consent.

Other notable features include a 5th American voice for Siri. The voice is arriving a little under a year after Apple added its last two American Siri voices, and stopped defaulting to using a female-sounding voice.

iOS 15.4 will be compatible with any device that supports iOS 15, ranging from the first generation iPhone 6S to the iPhone 13.

“These latest software features build on the release of iOS 15, which enhanced the iPhone experience with more ways to stay connected, powerful updates that help users focus and explore, and intelligent features to get more done with iPhone,” said Apple.