Deogarh: Cash, more than three lakh seized from a car 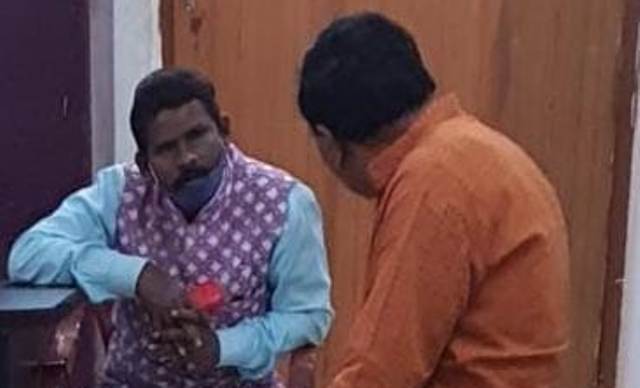 Deogarh : Cash amounting to more than three lakhs have been recovered from a car from Bhukabeda village under Deogarh Model police station on Friday.

A primary school teacher and his driver have been detained in this connection.

Sources said the police were carrying road blockings and checking late at night, ahead of the third phase of the Panchayat election. Meanwhile, a car was searched at the blocking point from which more than Rs 3,00000 was recovered.

Following this, the cash and the car were seized and the teacher with his driver were detained for the unaccounted amount.

However, Deogarh MLA, Subash Chandra Panigrahi claimed that the amount belongs to him.At the same time, he said that BJP has sent the cash to him in order to meet the agents’ expenses in the third phase panchayat poll. Panigrahi also urged the police to refund the amount to him.

On the other hand, Deogarh district Collector, Sudhansu Mohan Samal has visited the spot to take stock of the incident.

Similarly, the police have initiated an investigation into the matter.

Interrogation to the teacher and the driver is underway. The source of the money will be ascertained soon, said police.