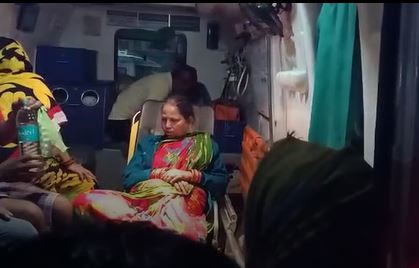 The bombs went inside the house through the window and exploded, leaving his wife Nirupama Pati critically injured.

The victim was rescued and rushed to the Salepur Community Health Centre (CHC) for treatment.

Though the reason behind the bombing was yet to be ascertained, it is being suspected that the incident was a fallout of political rivalry.

Tension ran high in the locality after the hurling of the bombs.

“I have no enmity with anyone. Some of my former supporters are acting against me. Recently, stones were hurled at my house. Though I hadn’t lodged any formal complaint with police, I had informed the cops about the matter. Police had visited the spot and taken stock of the situation. I will lodge a police complaint regarding the bombing incident,” said Dilip Dash.