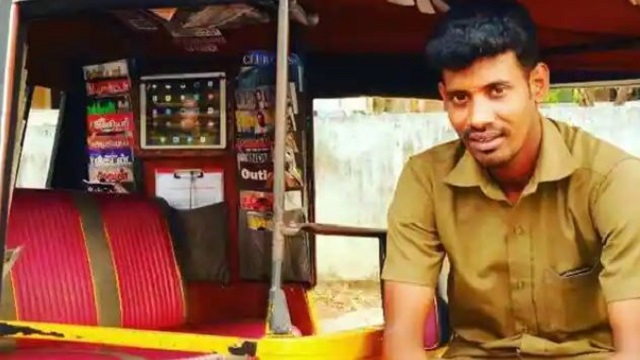 Chennai: We have seen the intellectually evolved businessman Anand Mahindra praise a number of people for their unique achievements.

Another such act has been done by the industrialist when he praised an auto driver and called him a professor of management.

Mahindra further tagged Suman Mishra, the CEO of Mahindra Electric, and said ‘lets learn from him.’

Annu Durai the auto driver in question is a class 12 dropout but what is strange is that, he has over 10,000 followers on Facebook, 40 speeches at corporate offices and six TED talks to his credit.

His three-wheeler boasts of magazines, snacks, books, laptop, tablets, a mini-television set and refreshing drinks which he gives to his customers at no additional cost.

One may think an auto ride is just about transporting a passenger from one area to another, but it can be so much more. Traffic jams in the IT corridor are frequent, so passengers tend to feel irritated while waiting. The WiFi keeps them engaged. Once a customer urgently needed a laptop and I felt bad for not being able to provide him with one. The next day, I had a laptop and tablet. These gadgets led to social media selfies which in turn increased my customers,” he said in one of his many interviews.