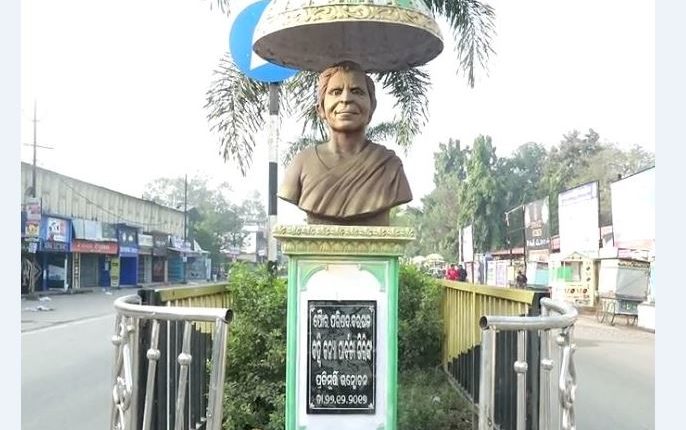 Parbati Giri was one of the great women who had dedicated their whole life to serve the country.  Also known as the Mother Teresa of Western Odisha, and epithet as ‘Banhi-kanya’ (daughter of fire) Giri was a prominent freedom fighter from Odisha. While she fought for the Independence of India, after independence she dedicated her life as a social worker.

Dearly known as Badamaa (Big mother) to the inmates of her Ashrams, the legendary woman from the Western Odishan district Bargarh worked for the poor and downtrodden till her death. Today, on January 19, 2022, her 96th birth anniversary let us remember the great works of the legendary freedom fighter and social worker.

Born on 19 January 1926 to mother Srimati and father Dhananjay Giri of Samleipadar village near Bijepur of the present Bargarh district and undivided Sambalpur district of Odisha, she was filled with patriotism since childhood. In 1942, she was just 16 when she was in the forefront of agitation following Mahatma Gandhi’s ‘Quit India’ movement. She had also staged an agitation at Bargarh Court to persuade the lawyers to boycott the erstwhile court in defiance of the British.

Parbati Giri initiated her journey as a freedom fighter from her village only. She was inspired with Gandhian philosophy. Even she had come in contact with Mahatma Gandhi. She had taken tutelage at the famous Ashrams in Bari, Wardha and Delhi Gandhi Sebashram. Giri was also associated to freedom fighter and social reformer Rama Devi.

Following Indian independence on 15th August 1947, Parbati Giri dedicated her life as a social worker. She established an Ashram for the poor and downtrodden. There, she was known as Badamaa. Even her Ashram door was open for the leprosy patients who are still looked down upon and live isolated life from society.

Parvati Giri served the lower section of the society. She was not after propaganda. She was also not interested for any political post. Yet, the whole of India knows her for her great work.

As an honour to the great soul Odisha Government announced Parbati Giri irrigation project lately. Chief Minister Naveen Patnaik inaugurated as many as 41 Parvati Giri Mega Lift Irrigation projects through video conference from the State secretariat. She also established Kasturaba Gandhi Matru Niketan in Paikmal of Bargarh district which is still running for the poor. Although she was in touch with the then political biggies she never took advantage.

Parbati Giri will always be remembered for her sacrifice towards the fellow countrymen. She has become an inspiration for all. On her 96th birth anniversary Kalinga TV pays homage to the great soul.