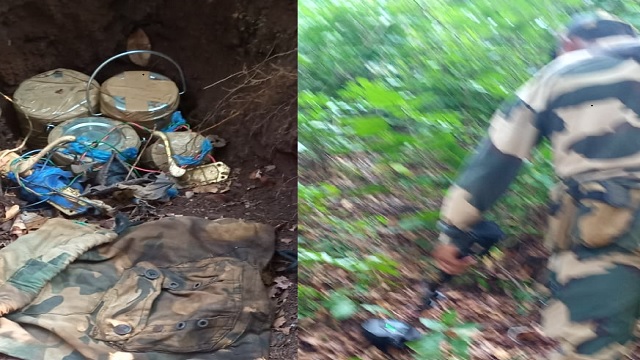 Malkangiri: As many as five landmines have been defused and recovered by Border Security Force (BSF) near Kadigandi village in Malkangiri district.

Reportedly, the Maoists had planted the landmines in order to target the BSF jawans of Swabhiman Anchal, is considered a ‘liberated zone’ by the Red rebels.

During the construction of the new road, the Maoists had planted these landmines, added reports.

The Ghanabeda BSF rescued five landmines with the help of metal detectors during a Mao suppression operation for road clearance.

Thereafter the landmines were defused, rescued, and taken to a nearby forest and finally blew them up as a precautionary measure.