665 kilograms of ganja seized in Koraput, one arrested 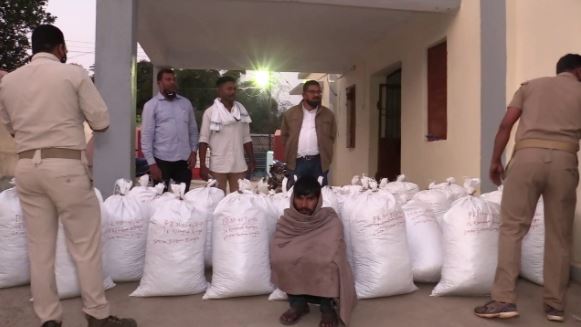 Koraput, : The excise officials along with the police have seized a huge cache of ganja in the Nandapur block of Koraput district and arrested one person in this connection.

The accused has been identified as Sultan Singh, a resident of Haryana.

Acting on a tip-off, the police and excise officials conducted a raid in a house in Marada village near Kamarguda square in Nandapur block and seized 665 kilograms of ganja.

The estimated worth of the seized contrabrand is said to be over Rs 65 lakh.

“The accused was arrested and further investigation into the matter is underway”, said an official.