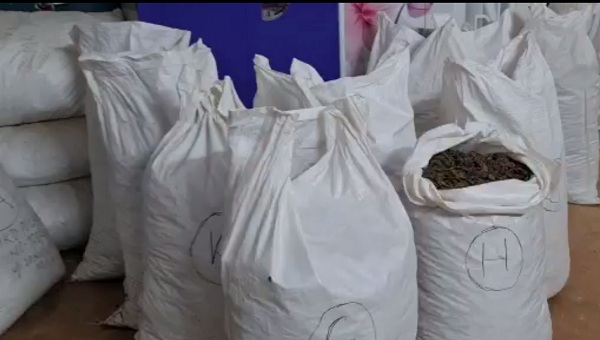 Kandhamal: One person has been arrested in connection with smuggling of 1.5 quintal ganja in the Sindrigaon area under Baliguda police limits in Kandhamal.

The accused has been identified as Bidyadhar Mallick, a resident of the Baliguda area.

Acting on a tip-off, the Baliguda police officials conducted a raid and seized 1.5 quintal ganja. The auto was also seized in which the ganja was smuggled from the Baliguda area.

“The accused has been arrested and will be forwarded to the court. Further investigation in this matter is underway”, said a police official.