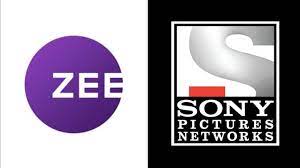 The Board of Directors of ZEE Entertainment Enterprises Limited (ZEEL) unanimously provided an in-principle approval for the merger between Sony Pictures Networks India (SPNI) & ZEEL.

“The Board has evaluated not only on financial parameters, but also on the strategic value which the partner brings to the table. The Board concluded that the merger will be in the best interest of all the shareholders & stakeholders,” ZEEL said in a regulatory filing.

“The merger is in line with ZEEL’s strategy of achieving higher growth and profitability as a leading Media & Entertainment Company across South Asia.

According to the filing, shareholders of SPNI, will hold a majority stake in the merged entity.

“The shareholders of SPNI will also infuse growth capital into SPNI as part of the merger such that SPNI has approximately USD1.575 billion at closing, for use in pursuing other growth opportunities.”

The term sheet provides an exclusive period of 90 days during which ZEEL and SPNI will conduct mutual diligence and finalize a definitive agreement.

In addition, the filing said that the merged entity will be a publicly listed company in India.

ayush - January 19, 2022 0
Brussels: Maltese lawmaker Roberta Metsola has been elected as president of the European Parliament (EP), the third woman elected to the post. The 43-year-old lawyer by...

How to open a fixed deposit account easily on Google Pay, Step by step process here