Citroen C3 Compact SUV Unveiled In India, To go on sale in 2022 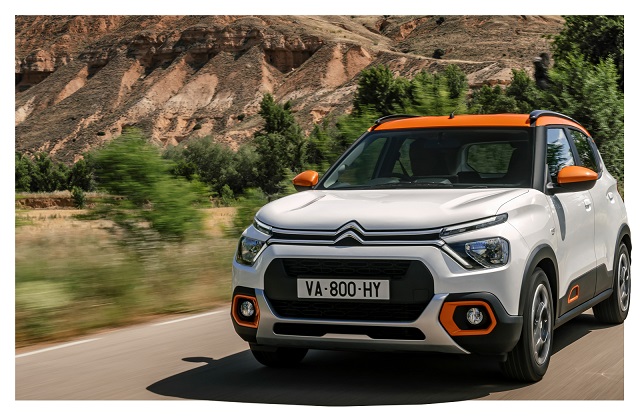 To tap into the booming SUV market in India, Citroen has unveiled the C3 compact SUV. However, unlike its previously launched SUV C5 Aircross this vehicle is supposed to be a compact SUV and will be a sub-four meter in length.

Vincent Cobee, Chief Executive Officer (CEO), Citroen in an interview said that the Citroen C3 is meant for the young and millennial customers and will be offered in 75 accessories options. This means that the body colour of the Citroen C3 Compact SUV can be customised according to the choice of the users.

The images of the Citroen C3 Compact SUV reveal that the vehicle will be loaded with features like electric sunroof, 12.3 inch digital display, 8 inch touchscreen, and support for Apple CarPlay and Android Auto etc. There is also a provision for mobile holder which is close to the touchscreen infotainment screen.

Even though the company has not announced any price for the SUV it is estimated that it will be priced around Rs 8-10 Lakh. The SUV will be launched globally in first half of 2022.