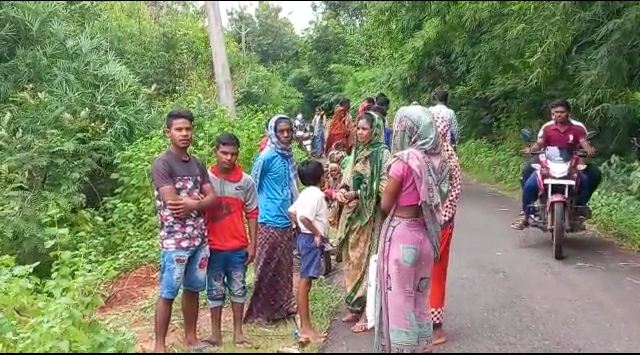 Berhampur,  :  A 60-year-old man named Yudhisthir was murdered and buried in the Nuapalli village under Bania panchayat of Ganjam district.

The family members found his body along with his chappal, dress and bicycle near the village.

The murder is said to be an outcome of the victim’s alleged involvement in the black magic.  Family members of the victim filed a complaint in the Khallikote police station over the incident.

According to sources, there was a long-standing feud between Yudhisthir and his cousin brother. The latter accused him of his alleged involvement in the black magic and threatened to kill him.

As per the report, Yudhisthir’s family members brought allegations against the relatives for their alleged involvement in the murder of the victim.

Based on the complaint lodged by Yudhisthir’s family members, police also arrested 4 accused from their relative’s home.