Afghan Girls Can Attend Schools But In Gender-Separated Classes: Taliban 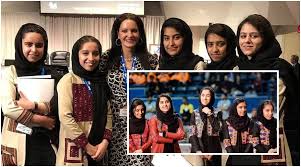 “All government-run universities will reopen soon. Higher education authorities are working on regulations as students will return to their classes,” Xinhua news agency quoted Haqqani as saying to reporters here on Sunday.

The minister noted that “boys and girls would not study together, they will be separated,” as co-education scheme has been against Islamic principle and national values.

The minister noted that the “Islamic dress was also necessary for the female students while attending classes”.

The report came as an Afghan female student secured a top position at a national university entrance exam this year.

Being affected by the Covid-19 lockdown earlier this year, the Afghan universities were closed after the Taliban takeover of the country in mid-August.

However, a number of private universities reopened last week after the Taliban announced a caretaker government in Afghanistan.