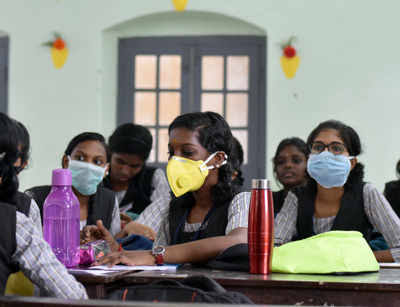 Chennai: At least 30 students and teachers have tested positive for the covid-19 infection in Tamil Nadu ever since the schools were reopened for classes IX to XII students on September 1.

According to a report in Indianexpress.com, reports of students and teachers testing positive have started coming in within two days after the school premises were reopened and this happens even as the state government has asked the school management to strictly adhere to Covid-19 protocols at the school premises.

Similarly, a secondary-grade teacher in Cuddalore district, four government school teachers in Tiruppur district, and three other teachers in Tiruvannamalai districts were also tested positive for the infection, the report said, adding that similar cases have also been reported in districts like Karur, Chengalpet, and Salem districts.

Dr Selva Vinayagam, the director of public health, told Indianexpress.com that 1% of the students have tested positive ever since the schools were reopened and a health team was monitoring the situation.